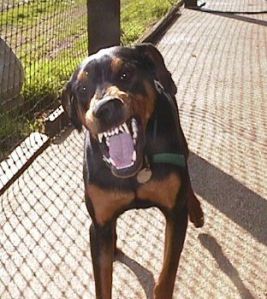 Sprint ticked me off yesterday. I have waited to write about it so I would have time to calm down. Here are the facts of the case:
Last August, I signed up for Sprint TV on my cell phone. I used it two or three times at the most.
Then I forgot about it. In January, I took a good look at my Sprint bill and realized that I had been paying $9.99 per month for this service that I never use. I also noticed that in December I was charged for an audio subscription to MLB.com (so I could listen to Cubs games on my phone…during Baseball season this was a great thing, but the Cubs didn’t play any games in November or December). I called Sprint customer service on January 16th, and requested that these things be cancelled. The lady that I spoke to said she would cancel them and credit me for the charges. Great! I left that phone call very satisfied.
Fast forward to this month. I get my Sprint bill, and I notice that the $9.99 charge is still on my bill. I called Sprint yesterday, and asked them to cancel this service again, and credit me for the $9.99 since I had requested that it be cancelled last month. The woman I spoke with said she would cancel it, but she wouldn’t give me the $9.99 back, since she “couldn’t see anything in the previous person’s note” that showed I requested the service cancelled. Since the person didn’t say anything on 01/16, they wouldn’t give me the credit.
I asked to speak to a supervisor, and he told me the same thing. He said, “We can only go by the note that she wrote in January. She didn’t say anything about cancelling the service, so we can’t give you credit.” I asked him, “Why would she give me credit for it unless I wanted it to be cancelled in the first place? Can you use common sense here.” He said that they cannot use common sense, only the previous notes.
I was irate at this point. I asked if he had a supervisor, and he said that no, he doesn’t. I told him that it was hard to believe that I had gotten the president of the company on the second try. He said he wasn’t the president of the company, but he was the last person I would be talking to about this. It is cancelled now. I said, “How do I know that? The person in January told me it was cancelled. I took her at her word, and now here we are.” He told me he would send me an e-mail stating that he had cancelled it. So I guess it’s cancelled. But I am still out $9.99. Grrr. I know it’s not much, but when you have to work OT to make ends meet, every little bit counts.
No, I’m not going to sue anybody over this, but I can now understand (a little) why some people in my family are litigious-happy. “It’s the principle of the thing,” has fueled many a feud.
Right now? Color me ticked.
Advertisement