Tuesday night I bought a car.  It is a 1999 Saturn SL sedan. It has 184K miles, and I bought it for cheap.  That’s a good thing, since I don’t have a lot of money.  I was told it gets 38mpg, but I have yet to test that.  If the mileage is that good, then I will be saving $100 per month in gas (after the cost of insurance is deducted from my gas savings). It has power locks (I use the power of my finger to lock it), power windows (I use the power of my arm to crank it up and down), and power steering (again with the arm power to wrench the wheel in circles as I turn).  Seriously though, have you heard of a car that’s “loaded”?  This car is the opposite of that.  It has no cruise control, no power seat, no power anything, really. I am thankful that the original purchaser (from whom I bought the car) paid the extra money for the air conditioning (which I have not tested yet, it being 15 degrees outside).

What DOES the car have?  It has four wheels, a motor that has been maintained very well, good brakes, etc.  In other words, everything I need to get from point A to point B.  My only true complaint about the car was the radio.  It had an aftermarket JVC CD player that skipped horribly when I tried to use it.  And so, right after buying the car I started looking at car stereos.

I found a car stereo at Best Buy that I wanted, and it seemed like the best one for me.  I looked it up on Amazon.com, and they had it for $25 less, so Best Buy did their price match and I walked out of the store with it this morning.   Before I walked out, the salesman told me I would need a $20 kit, a $20 connector, a $20 something else and installation costs $60.  When I told them I would be installing it myself, they just looked at me like I was from Mars. 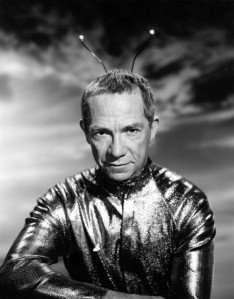 So I bought my Pioneer DEH-X6500BT receiver and went home.  I watched a youtube video on how to take my console apart to get to the stereo, and followed their directions.  I removed the old stereo (which wasn’t working properly), and got the new stereo ready to install.  Then I looked at the mass of wires and, for the first time, wondered if maybe it would be worth it to have the Best Buy guys install it for $120.   But then I decided to return to the source of all knowledge: the internet.

I found the above picture that showed me exactly which wires I should connect to which other wires, and I did so.  Then I put the new radio in place, and installed the microphone (so I can make hands-free phone calls).  Then the testing phase began, and I found that all the functions worked right, so I must have connected the wires correctly.  Now that I’m done and everything works, I’m happy I didn’t spend $120 to have the guys at Best Buy install it.

As a guy, it seems funny that I just got a new electronic device, installed it, and now I’m not using it (because I’m inside). I guess there will be enough time for that as I drive to work, drive to school, etc.

I figure the extra money I spent on this stereo (the non-phone version was $30 cheaper) will be worth it, since this microphone is way better than the one on my $20 earbuds (which only last a year).  Plus, if this car doesn’t last very long, I WILL be removing this stereo and installing it in my next car.

It has a USB port that I can use to charge my iPhone. It can play my music right off my iPhone (with my iPhone music library as well as Pandora). It has Bluetooth connectivity so that I can use the phone hands-free (which I have only tested with Kim so far, but it worked great).  It also has an “aux” port for whatever thing you want to connect to it that doesn’t use USB (like a cassette player).  The colors on the faceplate change every five or ten seconds (from blue to purple, red, pink, yellow, green, etc).  I am pretty satisfied with it.  All I need now is to figure out how to get it to do my laundry. 😉

I am the current pastor of the Rapids Street Baptist Church in Adel, Iowa. Every day I commit my life to Jesus Christ. I am also a registered nurse working to support my ministry and my wife and three kids. I am a conservative Baptist. This blog is my view on life. My prayer is that, by reading what I write, you will learn more about me, more about God, and be assisted in becoming the person God means for you to be. If you have a question, just e-mail me at spicray AT gmail DOT com. God Bless!
View all posts by Steve Picray →
This entry was posted in Vehicles. Bookmark the permalink.