I signed on to Facebook tonight and saw this picture as some of my friend’s profile pictures: 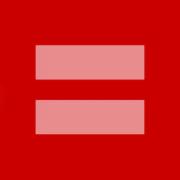 I do not support this idea because it is redefines the whole concept of marriage.  Marriage is defined by Merriam-Webster’s dictionary as “the state of being united to a person of the opposite sex as husband or wife in a consensual and contractual relationship recognized by law.”  So-called “same-sex marriages” are antithetical to the very definition of marriage.

This is illogical.  Pick any other word, and then say it means something different than what the definition says.  This makes no sense.  Here’s an example: “Zebra: an African mammal related to the horse but distinctively and conspicuously patterned in stripes of black or dark brown and white or buff.”

Now let’s just remove the concept of “horse.” What is a Zebra now?  “Any of several fleet African mammals distinctively and conspicuously patterned in stripes of black or dark brown and white or buff.”   So a cheetah can be a zebra. 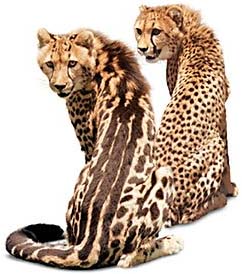 One of these is now a zebra.

A person can be a zebra if they are distinctively and conspicuously marked with stripes.

This person is now a zebra.

This is ridiculous, but this is how I view the idea of changing the definition of marriage to include same-sex couples.

The idea of same-sex marriage is anti-biblical.  The Bible is very clear that marriage is the union of a man and a woman.  God created man, and then He created the perfect helper for the man:  a woman.  One man and one woman marriage is self-evident in the created order.  Homosexuality was forbidden by the Mosaic Law, which was God’s ideal set of rules that was given to Israel.  Jesus Christ, the Son of God said in Matthew 19:4, “And He answered and said, “Have you not read that ‘He who created them from the beginning made them male and female,’ and said, ‘For this reason a man shall leave his father and mother and be joined to his wife, and the two shall become one flesh’?”

Now I love my friends and family who are showing their solidarity with homosexuals who want to “get married.”  But what it comes down to is this:  Who do you trust?  Your own heart and mind, or God?  If you trust in what you think and feel, then of course “letting anybody do whatever they want to do” seems like a good philosophy.  “It’s not hurting anybody, is it?”  If you are not a Christian, I can totally understand your position, although I disagree with it in substance, obviously, since I try to live my life according to the example set by Jesus Christ.

But if you believe in the God of the Bible, I don’t see how you can possibly justify arguing with God about the definition of marriage, or telling Him that He got it wrong when He defined marriage in the Bible as between a man and a woman. If you say you are a Christian, then that means you are claiming to follow Jesus Christ.  When Christ himself affirmed “one man-one woman” as the definition of marriage, how can you state that He was wrong, and still believe He is the all-knowing and infallible God?  Please explain it to me, because I don’t see it.

I am a Baptist Pastor in the midwestern United States. Every day I commit my life to Jesus Christ. I am also a registered nurse working to support my ministry and my wife and three kids. I am a conservative Baptist. This blog is my view on life. My prayer is that, by reading what I write, you will learn more about me, more about God, and be assisted in becoming the person God means for you to be. If you have a question, just e-mail me at spicray AT gmail DOT com. God Bless!
View all posts by Steve Picray →
This entry was posted in Uncategorized. Bookmark the permalink.