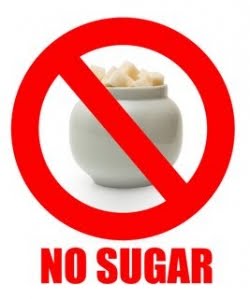 My wife and I have made an important change in our lives: the way we eat. As my regular reader knows, we watched “Fat Head” last month, and that opened our eyes to what we were doing to our own bodies regarding refined carbohydrates. I had a cold at the time, so I kept eating my chicken soup and crackers, etc, basically whatever made me feel better. I resolved that when I was sufficiently over the cold, I would switch to a low carb, high fat, high protein diet.I have never been a small person. I have a large build, to the point that I have never been able to meet the ridiculous weight requirements for my height, even when I was a freshman in college, exercising regularly and was not “fat” by anybody’s definition (except the insurance tables). For my height (5’9”) the Met Life tables say I should be between 149-170 for a “large frame.” In high school I played football, ran track and cross country, etc. I was not fat then either, but I never weighed less than 180. According to the government’s BMI scale, someone of my height should never weigh more than 168 lbs, regardless of my frame.

But then I got married. All of a sudden we could eat whatever we wanted whenever we wanted, and my job switched to a sedentary, customer service, “talk on the phone all day” job. I was sitting at school all day, and sitting at work all night. As a result, I started packing on the pounds. I didn’t keep track of my weight, but I know when I bought certain suits and what size they are, and when they didn’t fit anymore. Right before I got married in 1995, I weighed about 200lbs. In 1996 we took a missions trip to Scotland, and I bought a suit to wear. That suit fits me at about 230 lbs. In 1998 I got a job in an office downtown requiring me to wear a suit every day, so I bought two new suits. One of the suits fits at 250, the other at 260. So in about three years I had gained about sixty pounds.

We have tried to lose weight through various methods. We tried Gwen Shamblin’s “Weigh-Down Diet.” I tried South Beach for a while, but the foods were too “foo-foo” (you know, fancy) and there was a lot of seafood. I hate seafood (except “fish”). We tried the Six week body makeover. We tried several others, but the only one where I had any amount of success was the Atkins Diet. A few years ago I went on that, and lost a large amount of weight. Of course I decided to go back to my old eating habits, so the weight slowly crept back up.

In January my weight started to creep into the 280’s. This was as heavy as I had ever been. I knew it was time to do something because I didn’t want to get any closer to 300 than I already was. Also, the biggest clothes I owned were getting pretty tight. I decided I wasn’t going to buy new, larger clothes. My wife and kids are also overweight. It was time to act.

After watching Fat Head, and corresponding with the filmmaker a little, my wife and I decided that we would switch to a low carb, high fat diet, specifically the Atkins diet. I started eating this way on 4/1/2011, and she started slowly cutting down on the amount of carbs we were all eating. I bought the new Atkins book, “The New Atkins for a New You” and my wife started reading it. We are both on the diet now, and are eating less than 50 grams of carbohydrate per day. We started using peanut oil instead of canola oil, and lard instead of Crisco. As a sidenote, the “Six Week Body Makeover diet” advocates eating a lot of egg whites and cutting waaaay back on your sodium. Yesterday I was reading Job for my daily Bible reading, and I read Job 6:6-7, which says, “Can something tasteless be eaten without salt, or is there any taste in the white of an egg? My soul refuses to touch them. They are like loathsome food to me.” I laughed when I read it.

I weighed in on March 31st at 280. I got on the scale yesterday when I woke up and it said 269. I keep telling myself that I will never see 280 again. In a few pounds it will be safe to tell myself I will never see 270 again. Our family used to stop at Little Caesars on the way home from Sunday evening church every week, because it was easy, cheap, and tasted good (two large pizzas are $10). This past Sunday we did the same, but when I ate the pizza (even though I didn’t eat the crust ends), I felt horrible afterwards. We aren’t going there anymore.

It feels strange to think about the things I’m not going to eat anymore, and even stranger is that I don’t really miss a lot of them. I feel better today than I have in a long time, and I have more energy. My goal is to get down to my previous weight of 200. If I can hit 190 or 180 I will be happy, but I will be satisfied with 200.
For those of you interested, you can watch the Fat Head movie on Hulu.com or Netflix.com. I am reading Gary Taube’s “Good Calories, Bad Calories” and it details a lot of the studies and research behind the efficacy of low carb high fat diets. I’m not looking back. Anybody need any fat clothes?