Why Peyton Must Go 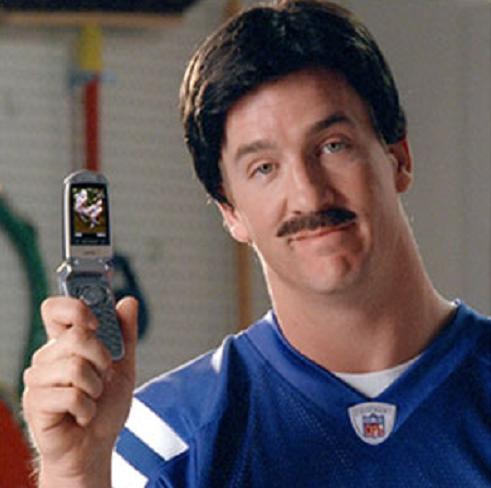 We will miss your laser-rocket arm, Peyton.

Word has come down the wire that Peyton Manning will be cut by the Colts tomorrow.  I have heard the weeping, wailing, and gnashing of teeth from my fellow Colts fans, and I feel I must respond.  I am a Colts fan.  I am also a Peyton Manning fan.  Tomorrow, Colts fans will have to choose which is more important: the team or the QB.  Here is my off-the-cuff analysis of Jim Irsay’s options.  All three of these options are assuming that Peyton Manning is completely healthy and able to play at the same level he showed in the last decade.

Option one is just insane.  Peyton has to know that he has three or four years (at best) of play left, assuming he’s completely healed. So his goal is to be the starter for those three or four years.  Luck isn’t going to want to hold his clipboard, and he shouldn’t have to.  Every indication is that Luck may be championship caliber after the first few years, and riding the pine would not get him the experience he would need. So it makes zero sense for the Colts to keep Peyton AND sign Luck. It’s bad for Peyton, bad for Luck, and bad for the Colts.

Option two is defensible: re-sign Peyton, and trade the first pick. That would give Peyton one final shot (in a year or two, after rebuilding the team around him) at a Super Bowl in Indianapolis before he retires. But this option is extremely short-sighted.  This option gives the Colts one year of rebuilding, two years of playoffs, but then several years of mediocre seasons from Peyton’s replacement.

I believe option three is the best choice: cut Peyton and sign Luck.  Luck deserves to start with whatever team he signs.  Peyton only has a few years left, assuming he’s completely healthy (which I doubt).  The Colts are rebuilding. They have a new coach, new GM, and lots of the veterans are probably leaving or retiring (Saturday, Wayne, Garcon, others).  If they go with Peyton (option 2), it gives them a few years of glory, but then nothing.  If they go with Luck, it gives them a few years to rebuild while Luck learns the ropes, and then at least ten years of having a decent franchise quarterback.

As much as it pains me, Peyton must go. I believe that he is truly the GOAT: Greatest Of All Time.  I have never seen a better student of the game, a harder worker, a better arm, and all around great football player.  If Peyton Manning is not a first ballot Hall-of-Famer five years after he retires, then there is something fundamentally flawed with whoever is in charge of those decisions.

If I ever go to another Colts game, I will not be alone wearing my #18 jersey, which I will wear with pride.  I will cheer for Peyton wherever he goes. I will wait for the next few weeks to see where he ends up, to see what my new third favorite team is (behind the Colts and Chiefs).  It would be nice if he went to Kansas City, but I think he’s going to end up in Seattle.  No matter where he ends up, those fans will get a small taste of what I and so many other Colts fans have experienced for the past 14 years.  We’ve been breathing rarified air, and it’s going to hurt coming down from the mountain.  Life goes on, and so must Peyton.  God bless you, Mr. Manning!